skip to main | skip to sidebar

High Times at the Hotel Bristol

A book of factional short stories based on scandals, histories, extraordinary and strange events that have taken place in hotels called Bristol. Ideal bedside reading.
Available as a ebook in all formats, and in Amazon's Kindle Store.
For further information visit High Times at the Hotel Bristol
Posted by Bristol Book Publishing at 00:01 No comments: A powerful tale of steaming passions.
Based on actual events and real people
Published 2008. ISBN 978-0-9555376-1-5
Available on all ebook formats: and on Amazon Kindle.
For further information, visit Burning Barcelona
Email: bristolbook@btinternet.com, tel: (+44) 020 7358 0044
Posted by Bristol Book Publishing at 06:45 No comments:

Land of the Lakes 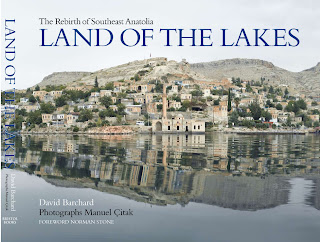 Few places in the world have such a dazzling cultural legacy as southeastern Turkey, sometime home of Hittites, Assyrians, Parthians, Sassanids, Byzantines, Suriacs, Caliphates, Armenians, Kurds, Seljuqs and Ottomans.
Attention has been focused on the area for the past three decades as a huge and often controversial hydroeleectric power scheme has dammed the Tigris and Euphrates, creating this Land of the Lakes and bringing new life to this formerly impoverished region.
Local communities have been displaced and archaeologicsl sites flooded, but only now is it possible to begin to assess the longer-term effects of the project.

Writer David Barchard and photographer Manuel Çitak brilliantly reveal the story of the rebirth of Southeast Anatolia, a new land of water and increased prosperity.
The foreword is by the eminent historian Norman Stone.

Land of the Lakes is sponsored by the Nural and Cengiz Cosortium and distributed in Turkey by Dünya Aktüel Basin Yayin Tic. ve San A.S, Istanbul
Posted by Bristol Book Publishing at 09:12 No comments:

Non-fiction
The Royal Albert Hall: A Masterpiece for the 21st century
Time Traveller: the story of W.H. Smith station bookstalls
& many travel guides, for Insight Guides, Berlitz and Dorling Kindersley
A–Z Travel Snapshots. The diary of a travelling life, with links to stories, videos and podcasts.
ALL available in all formats for ebooks.